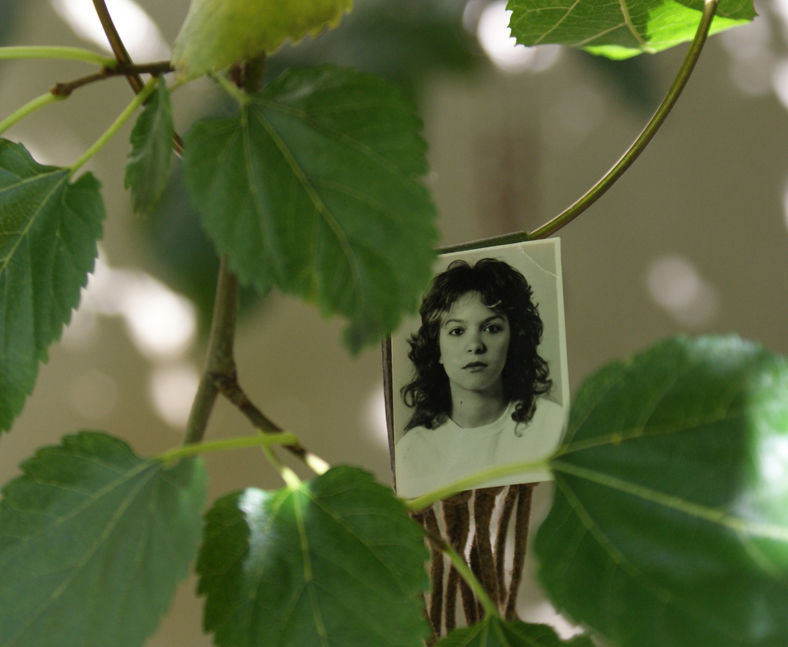 Counterpoints Arts’ Learning Lab in partnership with the Centre for Sex, Gender and Sexualities, University of Durham, the Performing Arts, University of Northumbria, Platforma Arts + Refugee Network and The Forge,  reflects on the performance, film and installation work of London-based artist and researcher, Natasha Davis.

From Rupture, Asphyxia, and Suspended, to her multi-chaptered Internal Terrains and Teeth Show, Davis imagines and renders intimate auto/biographical architectures of memory, identity, migration, displacement, trauma and the body.

Davis’s work is informed by personal experience of enforced migration, of crossing borders and a temporary loss of citizenship. Her performances – underpinned by longitudinal research – move fluently and fractiously between auto/bio and participatory biographies, challenging many disciplinary truisms and boundaries.

Following a response by performance artist Jane Arnfield (Reader in Arts, Director of Fine & Visual Arts Programmes, Northumbria University), questions for participants to consider include: how can personal autobiographical material open up and facilitate participatory experiences and insights? What form of knowledge is created and received through Davis’s mix of performance, visual and live art and academic research? What can be revealed about histories of migration and displacement through using the body and memory as critical, performance tools? What might performance-led visual and live art bring to the social sciences, sciences and policy disciplines, what possibilities can we imagine?

In conversation with a range of practitioners from the creative arts, drama and performance, and the humanistic social sciences – Davis will present a range of critical methodologies that are central to her work by way of presentation, excerpts and a public interview.

Our thanks to St Aidan’s College, University of Durham for hospitality and support of Learning Lab.

Natasha Davis is a performance and visual artist creating poetic and challenging interdisciplinary material exploring body, memory, identity and migration. Her work is non-narrative and based on rigorous research and interpretation of personal histories. It is presented in theatres, galleries and site-specific locations.

Born in Croatia and permanently based in London, she has also lived in Serbia, Greece, in the Syrian desert and managed longer projects in Japan – her work is coloured and defined by migration and displacement experiences.

Natasha has created more than thirty projects (performances, films and installations) about the impact of migration on a person’s life and how memory defines identity. She has performed at major UK venues including the National Theatre Studio as part of SPILL Festival, Chelsea Theatre London, Barbican Plymouth, Birmingham Rep Door, Colchester Arts Centre, Playhouse Derry as part of The City of Culture and many others. She has also presented work internationally, most recently in Cyprus (Point Centre for Contemporary Art), Ireland (Project Arts Centre), Spain (El Patio Madrid), USA (Mitchell Theatre Madison, Cummins Art Gallery Stanford) and India (Sanved Calcutta and Art School at the University of Hyderabad).

In 2009 Natasha made a performance about cancer and migration, looking at the decay of the body and decay of the land due to civil war, which became Rupture, the first part of her solo trilogy. She conducted research for Asphyxia, the second part of the trilogy, in South America in high altitude where it was difficult to breathe. The final piece in the trilogy, Suspended, was interested in the state of being out-of-balance and saw the audience share the performance space with Natasha. Internal Terrains explores life as a choreography of decades, in search of what’s at stake as we travel from one decade to another. Poetic and sensual, the performance plays chords with films and installations, crows, cages and electric shocks. Teeth Show is a performance and medicine interdisciplinary project, a research into democracy of movement, gendered citizenship and who has the right to beautiful teeth.

Natasha collaborates regularly with composer Bob Karper, choreographer and video artist Lucy Cash and lighting designer Marty Langthorne. When not creating work as a solo artist, she has devised and performed with leading contemporary artists such as Pacitti Company in Rome, Blast Theory in Dresden, Mikhail Karikis on a UK tour, Tino Sehgal at Tate Modern London etc. She has worked as dramaturge with Marisa Carnesky and performed in Helen Paris (Curious) and Caroline Wright’s Out of Water in San Francisco.

As producer, she has worked with Akram Khan Company, Empress Stah, Guy Dartnell, Chisenhale Dance Space and others, and has curated showcases of intermedial contemporary performances and mixed-media work.

Natasha Davis has received awards and funding from Arts Council England, British Council, Hosking Houses Trust, Tower Hamlets, Humanities Research Fund, Transatlantic Fellowship and numerous commissions and residencies. She is a visiting lecturer at UK universities such as Birkbeck, Brunel and Warwick, and has delivered talks and workshops across the world, from Buffalo to Tokyo to Grenoble to New Delhi.

Jane trained at Dartington College of Arts graduating with a BA (Hons) in Theatre; she has been a theatre practitioner for the past twenty four years. As a performer, examples of Jane’s work include Northern Stage Ensemble under the direction of Alan Lyddiard and Erica Whyman. Method and Madness with Mike Alfreds and Shakespeare’s Globe London, New York where Jane played Imogen in Cymbeline opposite Mark Rylance.

The theme of her three solo performance pieces since 2003 have been to investigate the form of biographical and auto biographical theatre. Collecting data of survival mechanisms deployed by human beings in ordinary and extraordinary circumstances. For example, The Tin Ring by Zdenka Fantlová (one of a handful of Holocaust survivors still alive today), originated and adapted from the book by Mike Alfreds and Jane Arnfield, is performed by Jane Arnfield and produced by Human Remain – www.thetinring.com

Jane was the Artistic Director for Newcastle upon Tyne’s Holocaust Memorial Event 2010/11. Jane is currently an Associate Artist with the Cambodian Documentation Centre (DC-Cam) http://www.dccam.org/ and member of the Sleuk Rith museum team in Phnom Penh under the direction of Youk Chhang. Jane created her own company, Human Remain, in 2012 to promote her research.