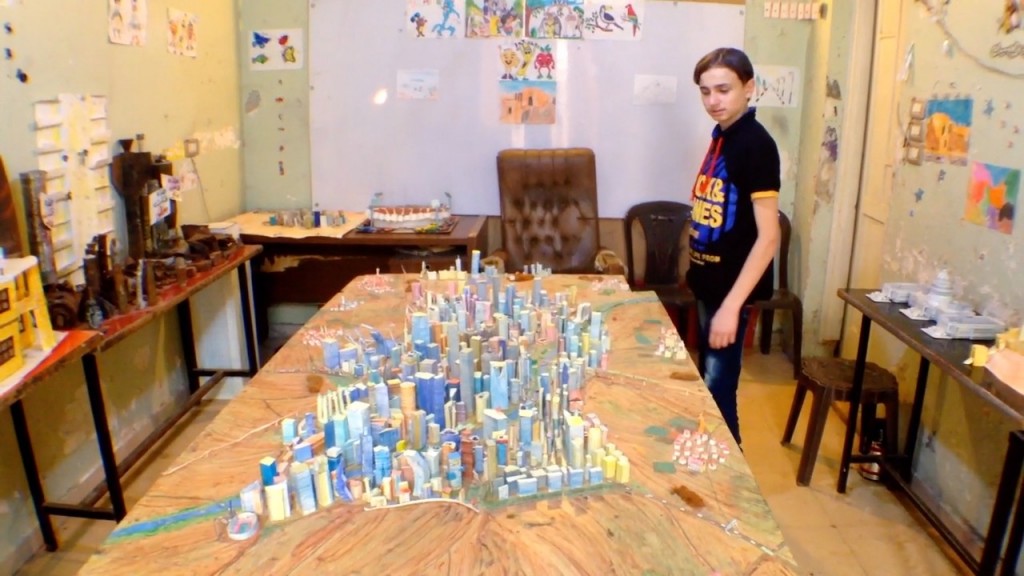 Going behind the headlines, Migration Lab focuses on the ‘on-the-ground reality’ of forced migration, inviting you to put yourself in the shoes of those who are creating solutions by making, doing, sharing, and debating.

What Can you Expect:

The Design Museum and the Learning Lab at Counterpoints Arts are collaborating to create the Migration Lab – an evening exploring the potential of design to build collective futures in the face of the daunting physical, social, and cultural challenges triggered by global population displacement.

Participate in a ‘bodging’ session led by artist and designer, Jasleen Kaur. Using everyday and found materials and low-tech processes, find out how to repair and make objects ‘built for how we do things, not for how we should be doing them’.

Meet some of the volunteers who have been working for StartupAid’s ‘Marhacar.com’ project, distributing first aid items on the island of Lesbos. The ‘operations zone’ reconstructs Lesbos and its different camps and warehouses in miniature across the museum, so that you can take part in simulated operations, organising missions which use coordinated design and collaborative action to help as many people as possible.

Watch a screening of The Architect by Muajhid Attar, 2016. The Architect was supported by the Syria Mobile Film Festival training workshop. It explores a young boy’s dream to re-design and re-build his beloved city of Aleppo.

Engage in a discussion led by Engin Isin, author of Citizens Without Frontiers, on diverse practices of mobile creativity across borders and the urgent realities of new modes of global citizenship. Engin will be in conversation with Joanna Theodorou, Ismail Einashe, Shahed Saleem, Yasmin Fedda, Paula Schwarz and Jasleen Kaur.

Engin Isin is Professor of Politics at The Open University, UK. He is Chief Editor of the journal Citizenship Studies and author and editor of fifteen books in the field, including Being Political and Citizens Without Frontiers. Engin is particularly interested in the history and practice of population exchange and the role of creative arts and design in recognizing the ingenuity of new modes of global citizenship.

Jasleen Kaur  is a Scottish-Indian artist based in London. Jasleen engages with the malleability of cultures and how social histories are embedded in materials and objects. Jasleen is a visiting lecturer at The Royal College of Art, exhibits worldwide and was awarded the Jerwood Makers Open in 2015. Her work is in the permanent collection of the Royal College of Art and the UK Crafts Council.

StartupAid was launched at the Global Economic Forum in January 2016 and is the initiative of social entrepreneur, Paula Schwarz, and her team. StartupAid connects humanitarian and creative entrepreneurs, designers and NGOs through the ‘Harbor’ Internet – where users exchange knowledge and develop tools to solve problems together that refugees, volunteers and NGOs face on a daily basis.

Paula Schwarz – StartupAid studied Investment Management in Stanford and at ALBA University in Greece. She mentored for the Venture Bus in East Africa and founded the first carpooling community in Kenya (Jambocar.co.ke). She is a trained Investment Manager and worked for the private fund of Philipp Schindler (Google Global Head of Operations) in the Middle East.

Joanna Theodorou – StartupAid specializes in Cultural Diplomacy and founded the NGO ‘Reload Greece’ in 2012. She is project leader for the social entrepreneurship programme of the municipality of Athens and is a grant officer for the Stavros Niarchos Foundation.

Ismail Einashe is a freelance journalist, researcher and associate editor at Warscapes. He writes for Prospect, Index on Censorship, African Arguments and Welt-Sichten, and has published in The Guardian, Internazionale and The Mail & Guardian. Ismail presented on BBC radio on Four Thought, The Cultural Frontline and From our own Correspondent’. Born in Somalia, Ismail lived in Ethiopia before arriving in Britain as a child refugee.

Shahed Saleem teaches at the University of Westminster School of Architecture, and is senior researcher on the Bartlett’s Survey of London project. Shahed’s The British Mosque is a social and architectural history and the first comprehensive account of Muslim architecture in Britain. Shahed’s work engages with processes of making community and religious spaces, negotiating discourses of planning, migration and visual cultures.

Yasmin Fedda is an award-winning documentary filmmaker whose films have focused on a range of themes from Edinburgh bakeries to Syrian monasteries. Her films have been BAFTA-nominated and screened at numerous international festivals. Films include Breadmakers (2007), A Tale of Two Syrias (2012), Queens of Syria (2014). Fedda has also made broadcast films for the BBC and Al Jazeera.

Tickets include entry to the Designs of the Year and Designers in Residence exhibition before the activities begin. Doors will open at 18:15. Events begin at 19:00 and last until about 22:00.