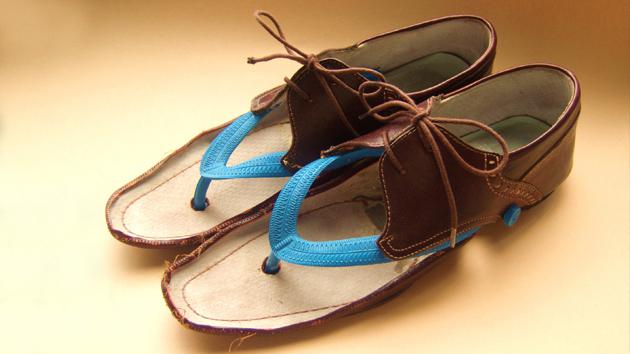 ‘My dad’s a proper businessman who dresses ‘improperly’ and I wanted to reflect this in something as basic as a shoe.’ Image © Jasleen Kaur

Jasleen Kaur was one of six artists chosen by Counterpoints Arts to exhibit in their collaboration with the Ben Uri Gallery for the Unexpected:Continuing Narratives on Identity and Migration exhibition of 2016. Here she speaks about her work with everyday objects, reframing their relevance and meaning in cultural traditions and human behaviour. This approach has drawn on her self-described ‘multiple identities’, from Glaswegian to British-Indian to British-Asian to Punjabi, which, she says ‘provide me with a richness that I often draw upon in my work.’ 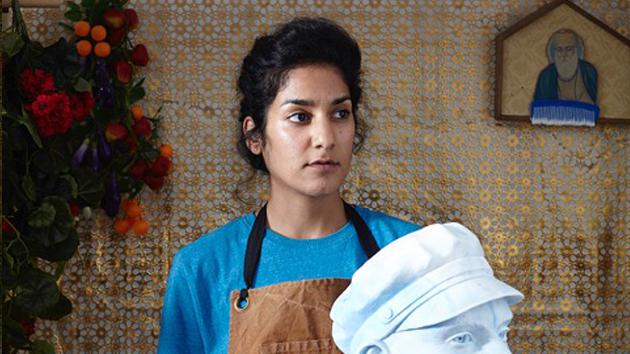 In this interview with the British Council which coincided with the Migration Lab held at the Design Museum in collaboration with Counterpoints Arts, Jasleen describes how she began using ‘found objects’ in her work, later dismantling and reforming hybrid objects. Through ‘bodging’ she not only repurposes but also subverts and reimagines their meaning in people’s understanding. When asked about the relationship between migrants and material possessions, Jasleen says ‘It’s a façade that what you carry with you, or what you wear, say who you are. Your possessions don’t necessarily match what’s going on in your body or mind. It’s much more complex than that.’

Linking in with the Make Do & Mend movement popular in the arts, her ‘bodging’ workshop at the Migration Lab in the Design Museum with Counterpoints Arts delighted and challenged participants to become ‘bodgers’ themselves and explore, through objects that we carry with us, the themes of identity and loss . Read the interview here:

Our thanks to Jasleen, Charlotte Ogilvie and the British Council.